There are so many products that claim to help you burn fat and lose weight that it can be hard to keep track of them all. Belly Blaster is one over-the-counter product that makes quite a few impressive claims. This is a product that is primarily sold online, and no prescription is needed to purchase it. In this review, we’re going to take a close look at Belly Blaster and see if it lives up to the hype. If you’re interested in other diet pills, check out the main page: http://www.leanbodylook.com/.

What is Belly Blaster?

On the bottle of Belly Blaster, it says “Super-Thermogenic,” which is a fancy way of saying that it speeds up the metabolism. If you read the list of ingredients and the promotional material for the product, you will find that it also claims to be an appetite suppressant.

Additionally, the product claims to be highly concentrated and made with “clinically studied” ingredients. That last claim should be a red flag to anyone who is paying attention. Anything can be studied or researched. What matters, of course, are the conclusions that the studies produce! To say merely that something has been studied suggests that the results of the studies were either inconclusive or disappointing. Otherwise, why not mention them?

Belly Blaster contains four primary “clinically studied” ingredients. These are Green Coffee Bean Extract, Raspberry Ketones, Garcinia Cambogia and Caffeine. Let’s look at each of these in some detail.

Green Coffee Bean Extract -These are raw or unroasted coffee beans. The theory behind using this product for weight loss is that roasting coffee beans reduces the presence of chlorogenic acid, which may help reduce the amount of fat absorbed by the belly. So far, however, scientific evidence is inconclusive and there may be adverse effects for some people in using green coffee bean extract, which will be discussed in a later section.

Get this fast working diet pill instead:

Raspberry Ketones -This is a compound that exists naturally in red raspberries. While berries, including raspberries are perfectly healthy for most people, all of the evidence that raspberry ketones are beneficial for weight loss comes from animal studies done on rats. So far, no scientific studies on humans have been done. This is another substance that may produce side effects as well.

Garcinia Cambogia -This is a fruit native to Indonesia. This is another highly touted yet not very well tested product that is supposed to be an appetite suppressant. One interesting fact about this supplement is that in studies done by an independent lab, it was found that the majority of Garcinia weight loss supplements do not contain the amount of the active ingredient that the labels claim.

Caffeine -Everyone is familiar with this stimulant. Caffeine does have some benefits in mild to moderate doses, but some people have adverse reactions to it. Furthermore, you don’t have to take a special supplement to ingest caffeine, as it’s easily available in tea and coffee. 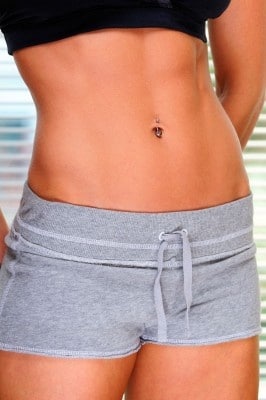 The main claim made by Belly Blaster is that the product suppresses the appetite. At the same time, there are claims that Green Coffee Bean Extract helps reduce the amount of fat absorbed by the body. So the overall effect of this product is supposed to be that you eat less and that you burn fat more efficiently. It also claims to give you more energy and to speed up your metabolism.

Belly Blaster is sold in pill form. A serving is considered to be 800mg and it is suggested that you take two servings per day, which means four diet pills. At this dosage, a bottle of 120 pills would last 30 days.

While the manufacturer does not list any side effects, many of the ingredients do have a history of causing side effects with many users.

Coffee Bean Extract -This contains caffeine, to which many people are sensitive. This can cause nervousness, irritability, stomach upset and insomnia in some people.

Raspberry Ketones -As mentioned, this substance has not been well studied in human tests. However, there are reports of people experiencing symptoms such as increased blood pressure, heart palpitations and nervousness from taking raspberry ketones.

Garcinia Cambogia -Reported side effects include nausea, headaches and digestive discomfort. This is another product that has not been widely researched.

Given the ingredients used in this product, there is no scientific evidence that Belly Blaster is effective or safe as a weight loss supplement. Some of the ingredients may cause adverse reactions in some people. It’s also worth noting that caffeine by itself speeds up the metabolism and is, to some degree, an appetite suppressant. There will have to be more rigorous studies done before the other ingredients used in this product can be deemed safe or effective.