Phentermine 37.5 mg is one of the most popular diet pills that has been scrutinized for its intense, widespread side effects. Numerous consumer warnings have been generated to prevent the use of this diet pill as a weight loss method. When used as an OTC diet pill, the side effects of this drug are taken less seriously.

This trend is concerning, due to the health concerns that any dosage can generate on a short- and long-term basis. It should be taken as a last resort, but it is best to disregard usage of this drug entirely. 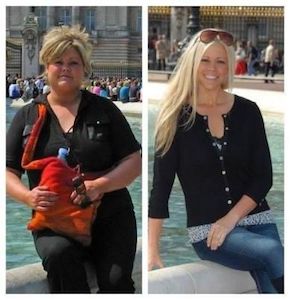 In 1959, Phentermine resin became available in the U.S. and was followed by the introduction of Phentermine Hydrochloride in the 1970s. Previously available under the name Fastin, which was removed from the market in 1998, Phen Hydrochloride became increasingly popular in 1973 when it was combined with Fenfluramine. Known as Fen-Phen, this powerful diet cocktail resulted in numerous cases of heart valve disease and abnormal heart valve findings.

Along with a reduced-calorie diet and exercise, this medication is a legitimate method of weight loss for those who have a severe risk of developing obesity-related health conditions, such as high blood pressure, diabetes, and heart disease. Though it is not known how this medication helps patients lose weight, doctors do know that it is an appetite suppressant that belongs to a class of drugs known as sympathomimetic amines. This dangerous drug class is similar in prototype to well-known amphetamines, which also aid in weight loss.

Phentermine 37.5 is usually prescribed and taken in an oral manner. Dissolving tablets or sustained-release capsules are common. This diet pill should be taken in the lowest effective dosage or as recommended by a physician. Ingesting this medication a few hours after eating breakfast seems to produce adequate results for most patients.

Generally available in the dosage of 37.5 mg in the forms of hydrochloride or HCl, these capsules also include inactive ingredients: monohydrate, lactose, pregelatinized starch, magnesium stearate, colloidal silicon dioxide, and microcrystalline cellulose. The pharmacodynamics of this medication is similar to those of amphetamines in the nature that they utilize the central nervous system, which can lead to an increase in blood pressure. However, elevated blood pressure is not the sole side effect of this medication. 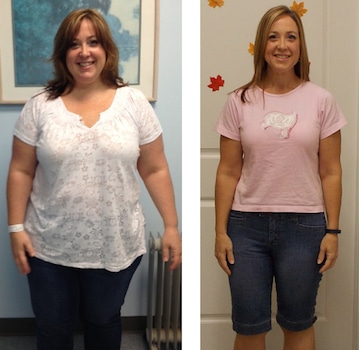 In order to protect consumers and patients, the FDA has released a categorical list of potential side effects of Phentermine 37.5 mg. In essence, it has displayed a large number of serious side effects, which makes this drug dangerous on many levels. Ranging from critical to bothersome, these side effects are commonly experienced:

The aforementioned side effects are only a select few of the known characteristics of this drug. As a result of the numerous side effects of this medication and the lack of knowledge pertaining to its interaction with other medications, it is merely recommended for short-term use. 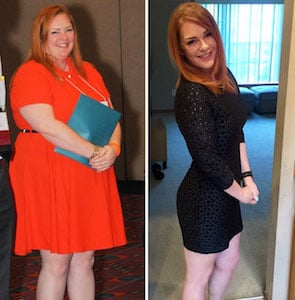 In addition to these common side effects, Phentermine may also cause adverse reactions when used in conjunction with MAOIs (Monoamine Oxidase Inhibitors, Alcohol, Insulin and Oral Hypoglycemic Drugs, and Adrenergic Neuron Blocking Drugs. It may also elicit teratogenic effects on human fetuses, which makes it unsafe to use before and during pregnancy. It is also unknown how this drug may be secreted in breast milk, leading physicians to believe that nursing mothers should avoid the use of prescription diet drugs in general in addition to this one. 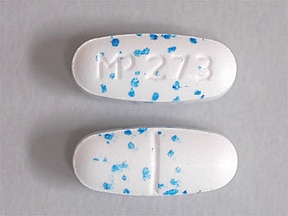 The drug is available not just under the brand name, but under other dietary aliases, such as Adipex-P, Oby Cap, Suprenza, T-Diet, and Zantryl. These are common OTC terms that most patients will come across when using the diet pill as a weight loss tool without a prescription. However, the side effects and potential adverse reactions are similar, and may even be intensified, when using OTC forms.

What is Phentermine 37.5 used for?

Phentermine 37.5 is a stimulant drug that causes weight loss through appetite suppression. Paired with exercise and a reduced calorie diet, the medication results in weight loss. Since it is only available via prescription, it is only used to treat severe cases of obesity that have failed more conservative treatment methods. 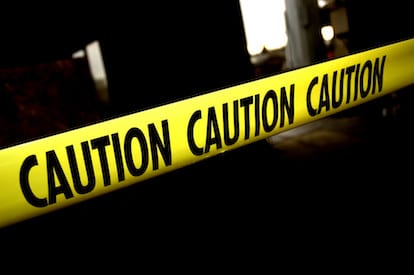 There are several things to consider before starting and while undergoing phentermine therapy. Your doctor will want to discuss most of these with you during the course of your treatment.

It is generally not recommended that pregnant women lose weight, so a doctor would probably not prescribe phentermine during pregnancy. But you probably should not take phentermine if you are trying to become pregnant because it is not well understood how phentermine affects a fetus.

Phentermine may affect blood sugar levels. Your doctor may want to have you watch your sugar level more closely while taking phentermine if you have diabetes.

Rarely, phentermine may cause serious lung and/or heart problems, such as pulmonary hypertension or heart valve problems. Discuss any existing heart or lung conditions with your doctor before using phentermine. Immediately get medical attention if you notice any of these symptoms while you are taking phentermine:

Phentermine usually should not be used with other stimulant medications. Some over-the-counter medications contain stimulants, so it is important to tell your doctor about all medicines that you use. Read medication labels carefully to be sure that they will not interact.

Here is a list of medications that should not be used with phentermine:

This is only a list of common medicines that may interact with phentermine. Tell your doctor about all medications you take before starting phentermine, and notify him or her before beginning any other medicines while you are undergoing treatment. Don’t forget about herbal supplements. They are medicines too. 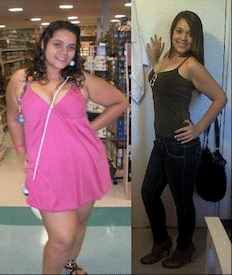 Be honest with your physician about any recreational drugs that you may use. There are street drugs that can cause a fatal reaction when combined with phentermine.

Use common sense. Phentermine is reasonably safe when used as directed. Using more than directed will not give you better results. Overuse and misuse can cause addiction.

When in doubt, call your doctor.

Phentermine helps people lose weight primarily by suppressing the appetite. It is used along with diet and exercise until the patient’s target weight is achieved. Results vary depending on factors such as:

In a Korean study, a group of men and women were put on a 1,500 calorie per day diet and given the standard 37.5 mg/day dosage. The group lost an average of 16.5 pounds over the course of 14 days. 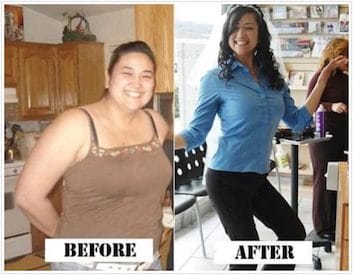 Studies show that most weight loss occurs during the first two or three months of treatment. Weight loss continues at a slower rate in the following months.

The internet is full of positive reviews written by people who have used phentermine along with a sensible diet and moderate exercise.

Where to Buy Phentermine

Phentermine is a schedule IV drug and can only be legally obtained with a prescription. Attempting to buy it without a prescription is a crime.

Beware of online pharmacies that advertise “phentermine without a prescription.” At best, they will steal your money. At worst, they will send you counterfeit pills that may kill you.

Use only a trusted online pharmacy (they usually have an address that ends in “.pharmacy”) or a brick-and-mortar pharmacy.

5 Reasons It Should be Avoided 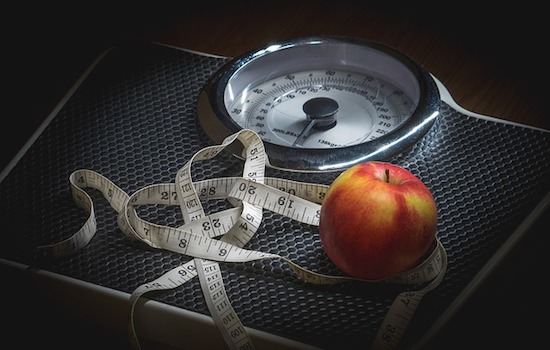 Phentermine is still known today as an effective tool in the arsenal against overweight and obesity. It’s true that for many people, the drug does seem to have a reasonable degree of success, at least in the initial stages. The problems with the drug don’t always manifest themselves right away. Side effects and other issues with using this medication may only show up months down the line. Even if you do lose a few pounds, is that really a risk you want to take?

Some users swear by the so-called miracle drug and others hate it. Whatever your personal opinion of the drug is, the following list provides five excellent reasons that you should avoid using it.

Let’s paint a mental picture of what an average Phentermine consumer might look like. Let’s say you have a lady in her mid 30’s. She’s currently over 200 pounds and leads a relatively sedentary lifestyle. She doesn’t make the best dietary choices when cravings strike, often relying on food to help her through difficult times. This is a very common scenario in millions of people across the country.

Now let’s say this particular woman chooses to go onto Phentermine. She may very well experience a weight loss of 20 pounds or more her very first month using the drug. Many would call this a success! The problem is when the medication is stopped. It can’t be taken indefinitely. At some point, the drug will be discontinued. At this point, the cravings will return. What’s more, if the individual has not made any lifestyle changes, all the problems she had before will still be there. This is why it’s not at all uncommon for users to gain back most of the weight they lost. Many will actually end up gaining more than what they lost in the first place, resulting in a huge disappointment.

While it’s true that not everyone experiences an addiction to Phentermine, it most definitely does occur. It is a stimulant type of drug that results in specific psychoactive effects in the body. While these fleeting feelings of euphoria can certainly feel good in the moment, they can cause an addictive response within the brain. Its use results in the release of endorphins within the body. Endorphins are feel-good chemicals that are released in times of pleasure such as physical activity or even sex. These endorphins trigger the pleasure receptors within the brain, making it continue to want more of the same pleasurable feelings. Thus, a true addiction can be born.

Not All Physicians are On Board

Phentermine is a powerful prescription-only medication. Not all doctors agree with it being used as a weight loss aid. In fact, many have seen such negative side effects result from its usage that they are no longer willing to prescribe it for their patients. This fact in and of itself should make you take a good, hard look at the consideration of using such a harsh medication to solve your weight problems, especially if there are other ways that are safer.

For Short-Term Use Only

Any prescribing physician will tell you that you cannot take Phentermine for long periods of time. If you have existing health problems when you see your doctor, he may not even be willing to write you a prescription in the first place. The drug should ideally be taken for no more than three months at a time. This may not even be enough time to achieve the results you are seeking.

While it’s been seen by many as a magic weight-loss pill, Phentermine has raised some serious questions surrounding its safety even in short-term usage protocols. Mild side effects from its use can include dizziness and problems with hyperactivity. Serious side effects can include major cardiovascular disease. There are dozens of intermediate side effects that are possible, showing once again that it is a drug best avoided. 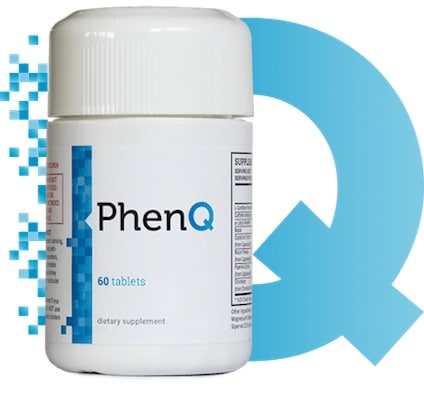